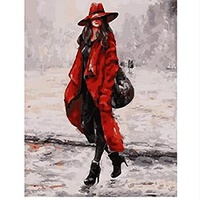 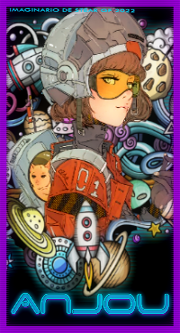 [edit]Fictional characters
Elena Korikova as Anna Platonova,[5] the female protagonist. Anna is the illegitimate daughter of Prince Pyotr Mikhailovich Dolgorukiy and his servant Marfa and was hidden in the house of her father's old friend, Baron Vladimir Ivanovich Korf. Baron Korf brought her up like his own daughter, much to the seeming displeasure of his son Vladimir.[8] Anna falls in love with Vladimir's best friend Mikhail Repnin, but their relationship is constantly disturbed by Vladimir, who has also fallen for Anna.[9] Finally, it is discovered Anna's real name is actually Anastasia Petrovna Dolgorukaya and she marries Vladimir.[9]
Daniil Strakhov as Baron Vladimir Ivanovich Korf, the male protagonist, sometimes shown as antagonist. In the beginning, he is attracted by Princess Liza Dolgorukaya, but then becomes involved with Olga Kalinovksaya, lady-in-waiting. He has a duel with Tsarevich Alexander and is condemned to death, but later saved by the Tsarevich.[9] Vladimir is jealous of Misha's relationship with Anna, but finally marries her.
Pyotr Krasilov as Prince Mikhail Alexandrovich Repnin, Vladimir's best friend. He falls in love with Anna, but their relationship is constantly disturbed by Vladimir, who also loves Anna.[9] Misha eventually falls in love with Liza Dolgorukaya and marries her.
Ekaterina Klimova as Princess Natalia Alexandrovna Repnina, Misha's sister and the fiancée of Andrei Dolgorukiy. She leaves him after finding out he is the father of Tatiana's child. During the series, it is indicated Natalia has fallen in love with Prince Alexander, who has previously fallen in love with her and tried to seduce her. After Andrei is killed by accident, Natalia ends up alone, as Alexander decides to marry Princess Maria Alexandrovna.
Emmanuil Vitorgan as Prince Pyotr Mikhailovich Dolgorukiy, the husband of Maria Alexeevna and Anna's biological father, who is believed to be dead.
Olga Ostroumova as Princess Maria Alexeevna Dolgorukaya, the antagonist of the series. She is the mother of Andrei, Liza and Sonya and the wife of Anna's biological father Pyotr Ivanovich Dolgorukiy. Maria is aware of Pyotr's relationship with servant Marfa and depsises Ivan Ivanovich Korf, who helped them to hide their relationship.[8] After Ivan Ivanovich dies, Maria Alexeevna continues a dispute with his son Vladimir.
Aleksandr Filippenko as Andrei Platonovich Zabaluev, the male antagonist. Liza is forced to marry him, but they eventually divorce.
Larisa Shakhvorostova as Marfa, the lover of Pyotr Mikhailovich Dolgorukiy and the biological mother of Anna.
Anton Makarskiy as Prince Andrei Petrovich Dolgorukiy, the son of Maria Alexeevna Dolgorukaya and the fiancée of Natalia Repnina. He, however, sleeps with his servant Tatiana and finds out she is pregnant. Andrei is accidentally killed by his mother, who wanted to kill Vladimir.
Anna Tabanina as Princess Elizabeta "Liza" Petrovna Dolgorukaya, the daughter of Maria Alexeevna Dolgorukaya. She is in love with her childhood sweetheart Vladimir, but is forced to marry and old aristocrat, Andrei Platonovich Zabaluev. The two later divorce and Liza falls in love with Misha and marries him.
Lyudmila Kurepova as Princess Sonya Petrovna Dolgorukaya, the youngest daughter of Maria Alexeevna Dolgorukaya. She has a brief romance with Nikita.
Albert Filozov as Baron Ivan Ivanovich Korf, Vladimir's father who raised Anna as his own daughter.[8] He is poisoned by Maria Alexeevna, Zabaluev and Karl Modestovich.
Igor Dmitriev as Prince Sergey Stepanovich Obolensky, the manager of the Imperial Theatre in St. Petersburg.
Svetlana Toma as Sychikha, Vladimir's aunt who lives in the wood and is believed to be a witch.[9] Vladimir despises her, as he believes she is responsible for the death of his mother.
Nina Usatova as Varvara, the servant in the Korf Manor.
Dmitriy Shevchenko as Karl Modestovich Schüller, the steward of the Korf Manor, and one of the antagonists. He helped Maria Alexeevna and Zabaluev to kill and rob Ivan Ivanovich Korf.[9]
Anna Gorshkova as Polina Penkova, the servant in the Korf Manor, jealous of Anna.
Alexei Osipov/Ilya Sokolovskiy as Nikita Khvorostov, the servant in the Korf Manor, in love with Anna. He later has a brief romance with Sonya Dolgorukaya.
Olga Syomina as Tatiana "Tanya" Veriovkina, the servant in the Dolgorukiy Manor. She is in love with Andrei Dolgorukiy and eventually gives birth to his child.
Alexander Dzyuba as Sedoy, a Gypsy.
Teona Dolnikova as Rada, a Gypsy girl.
[edit]Historical characters
Viktor Verzhbitsky as Emperor Nicholas I, the Emperor of Russia.
Alexander Kalyagin as Vasily Andreevich Zhukovsky, the Counselor of the Emperor of Russia.
Alyona Bondarchuk as Empress Alexandra Feodorovna, the Empress of Russia.
Dmitriy Isaev as Tsarevich Alexander Nikolayevich, the Heir to the Russian throne. His father does not approve his behaviour.
Marina Aleksandrova as Princess Maria Alexandrovna, Alexander's fiancée from Hesse.
Marina Kazankova as Olga Kalinovskaya, Alexander's former lover. Vladimir and Alexander organized a duel over her, but eventually became friends. Olga is sent in a monastery in Poland and later marries an old Polish aristocrat.
[edit]Sequel

The sequel Poor Nastya 2 was planned, as it was noted at the end of the Poor Nastya.[7][10] A promo video was shown on television and at the YouTube in 2006.[11] However, a sequel has not been made yet. In 2006, Daniil Strakhov stated he doubted it would be made, as it is "impossible to gather all the actors after three years."[12]
[edit]References 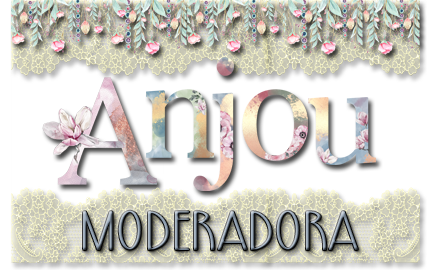 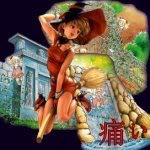